It is widely accepted that in the gambling history there are many famous cheaters that gained publicity and became recognizable all over the world due to their notorious adventures and gambling tricks.

Almost in every game there are at least few cheaters that managed to cheat the casino and broke the stereotypes in this or that particular game. However, the richest area in inveterate conmen is the area of roulette, as well as blackjack fraud. 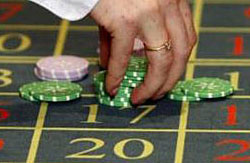 Notwithstanding the fact that roulette was certainly designed to be the game of pure luck with the ball and wheel spinning in different directions, despite the claims that it is impossible to cheat in roulette, a lot of famous casino cheaters still resort to scams.

It was Joe Classon, who thought Marcus all the details of the job. After he went retiring, Richard Marcus became the leader of the team. He made use of his potential as a casino chief.

Joe Classon was born in 1933, in New York. Alongside the other famous casino cheaters like Richard Marcus, Jerry Palmer, Joseph Jagger, etc. the Classon brothers gained recognition in casino cheating.

Duke Wilson is considered to be the greatest wheel mechanic mentioned in the history of gambling cheating. By the way, he was in the most notorious cheating casino team created by Joe Classon that was impressive in the realm of roulette pas posting. He joined the team in 1969.

In the history of gambling there is a range of illustrious gamers who managed to cheat the most professional supervisors and casino authorities and make money. They were imprinted in the gambling history forever due to their extraordinary life styles and gambling adventures.

Palmer is known to be born in 1948. For the first time he was introduced to the gambling activity in the army. Unlike Joe Classon Jerry did not happen to observe any cheating tricks during the military service, sure thing, and had no previous gambling or cheating experience. Instead, he found out about cheating from his best school friend - Duke Wilson.

Dustin Marcs was born in 1950s. He is considered to be one of the most prolific cheaters in the American history. He was working in a range of the main Las Vegas casinos in the 70-80s. His major specialization was creating blackjack cheat.

Sherri Skoons is known to be one of the most famous female casino cheaters in the gambling history. She was professional past poster. Born in 1961, she started her cheating career simply as the friend of one of the Richard Marcus's past posting members in the 90s. Sherri Skoons usually participated in the team's trips and operations performing different minor duties in the process.