Duke Wilson was dragged into the cheating business quite remarkably, taking into account the fact that he had nothing to do with casino gambling, especially cheating, before.

First he was introduced to Joe Classon by his own wife Paula. However, Paula had nothing to do with the casino cheating, as well. It happened to be that Classon ran his own brokerage company in the break from the casino cheating activities. Paula turned out to work for him. Meanwhile, Duke was spending much time on growing marijuana for income but was smoking more of his own product, rather selling it.

The way he started 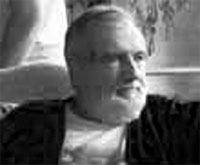 He made friends with Joe and that was how it started. Joe was trying to convince Duke to abandon the marijuana business and join the cheating team. However, Duke was often reluctant. However, due to the never-ending shortcomings in his pot business Duke had to abandon it. Pretty soon Duke became the student of Joe and learned different cheating mechanics and cheat roulette.

Duke soon learned all the sharp details of the job: the difficult past posting moves of making the bets that were the switching in of the higher denomination chips at casinos for the lower denomination chips in roulette after the roulette ball thrown into the winning number and the dealer already marked the number on the table layout with the dolly figurine.

After the time of preparations and practice Duke became the skillful fabulous mechanic, being able to lift the dolly and remove on the winning number, also remove the chips betted there and replace them with the boosted chips. All that he could do in the moment, when the dealer was going to take off his eyes from the playing table layout. Thus, he became the past posting mechanic in Classon's team, alongside Jerry Palmer, who was the fourth member in the cheating team. Altogether they were led through gambling establishments in Las Vegas, Reno, Caribbean Islands, and Puerto Rico.

Duke remained in the team till 1989. In 1989 Joe Classon retired and the team was broken. However, in 90s Richard Marcus, Jerry Palmer and Wilson tried to gather for cheating again in Atlantic City casino.