The fellow cheaters nicknamed Mark Abramovitz as "Balls," due to the fact that he was a stalk-thin, mad, and wild Jewish gamer who used to smoke even more than he could eat and never resorted to the demonstration of anything, except his recklessness in pursuit of winning scores without the fear of what his cheating might cost. He is considered to be the multifunctional cheater. 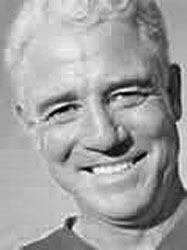 In time when the pas posting team of Classon was broken in 1989, Richard Markus had an attempt to gather the team again and that took him several years. When he almost abandoned hope, he noticed his old school gambling mate Balls who was playing poker in Las Vegas casino called Mirage. In fact, they had not seen each other for ages - approximately 15 years. Markus knew his friend's reckless and fearless for big gambling hitting he figured it out correctly that Balls could match perfectly the newly made team for the casino cheating operation realization.

Though, Balls was not so remarkable and talented cheater and had average ability in the job, his most important achievement was the fact that he brought together into the cheating team such legends as Marcus and Pat Mallery. Balls' value was huge for Marcus because he wanted to resurrect the former cheating team for the new operations.

During the several years that Balls was working together with Marcus preferably cheating at craps and blackjack. Sometimes they ran to Mallery in Atlantic City. It was Balls that introduced Mallery to Richard Marcus and suggested working in the team. However, Mallery never displayed any vivid interest in the job till his business connected with sports tout went broke.

In 1994 Marcus and Balls met in Atlantic City together with Mallery, and this time Mallery agreed to support the team. Balls also helped Richard Marcus in training the newcomer of the team. Mallery had to learn blackjack past post and had quite average cheating skills. However, very soon the trio made history after the fight of Evander Holyfield and Michael Moorer at the Caesars Palace. This time the three con men became the first famous casino cheaters that past posted 5 000 dollars chips!