In the world of cheating this person is considered to be one of the most famous casino cheaters. 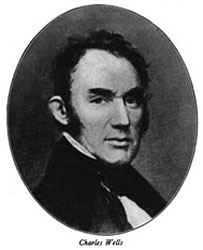 Notwithstanding the fact that several private detectives were hired to reveal the strategy of the gamer, Wells still managed to make money in his next trips within the 3 day space. He won actually one more million francs.

He had guts and bravery to commit the challenge. He used to say: "Anyone is free to watch me play and imitate me, but the general defect of the ordinary casino gambler is that he lacks courage." Indeed, a lot of people lack bravery to take a step and hit. However, at the time Wells was playing, a lot of gamblers surrounded the table he was playing at and even copied his bets and imitate the methods and cheat roulette.

In 1892 Charles Wells returned to Monte Carlo again. He sailed in the gorgeous yacht with the mistress whose name was Joan Burns. This time it was 6 times bank hitting. However, Wells' luck was out. He very soon lost all his funds and also the finances of his investors. Even his friends savings borrowed from them were lost due to Wells' recklessness.

After the unfortunate bust and luck reverse, Wells was arrested and sent back to England. He was sentenced to prison for fraud for eight years. It was said that he even managed to fraud on of the wealthiest British residents of 150 000 dollars.

However, when Wells was released from the prison, he again started cheating. For this he soon was back to prison again, for three years this time. After this occasion, he migrated to France and even there cheated many people according to the financial scam. However, in 1926 he died being an ultimately poor man.