Roulette was designed to be the game of pure luck with the spinning ball in one direction and the wheel spinning into the other. However, notwithstanding the claims that it is impossible to cheat in roulette, a lot of famous casino cheaters still resort to scams. 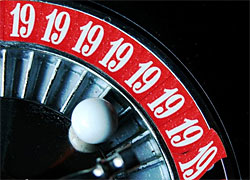 Richard Marcus started first as the casino dealer. He was offered to become the second dealer in the team of Joe Classon. He started cheating and realized that the greatest casino scams are impossible without the well prepared and entrusted working team. Classon thought Marcus all the details of the job. After he went retiring, Richard Marcus became the leader of the team. He made use of his potential as a casino chief.