However, unlike Classon Jerry did not happen to observe any cheating tricks during the military service, sure thing, and had no previous gambling or cheating experience. He found out about cheating from his best school friend - Duke Wilson. 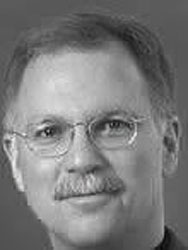 After the discharge from the army he hooked up with his old friend in California. Here Duke grew marijuana. In order to support this business Duke was cheating with Classon's team at casinos. Duke also explained to his friend how the team was going to hit in Las Vegas and Reno with the help of past posting art of cheating. Finally, he joined the past posting team.

In 1969 and also 1970 the past posting team was working craps tables and roulette wheels. In one of the trips Jerry asked his accomplices why the craps moves of the team could not be applied to the blackjack games, as well. He, however, was told t it was for sure impossible due to the fact that the dealer was to stand to very much close to the players at the gambling table. The dealer could easily notice the player, his bets, and the layout of the table. In such a situation there are not enough camouflaging actions.

However, Jerry was astounded and said that if he is given the chips, he will cope even with this hard cheating task. He took the chips and sat at the blackjack table and carefully did the very first move in blackjack cheating at the Aladdin casino in Las Vegas. Joe Classon and Duke were really shocked. He was marching down and up all pits and hitting basically each table making the same trick and was getting paid.

Though such moves were considered to be done with three or two 100 dollar chips of black color past posted under 5 dollar red chips, the team soon upped the pay up to 500 dollar chips in purple and after that 1000 dollar chips in yellow, time to time making use of 25 dollar green chips as "cappers" of the chips on the top. It was an incredible success.

The team was planning to commit the same move with the help of 5 000 dollar chips. But in 1994 Jerry died of drug overdose 2 years after he had left his cheating because of the drugaddiction.