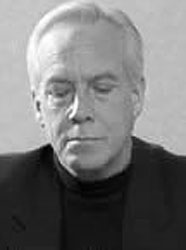 Joe Classon participated in Korean War and here during the breaks he was gambling with his fellow officers. At that very time he was quite an honest player. In his first experience in cheating he was more like the victim rather than the cheater. He together with his fellow soldiers was cheated and lost all the funds by the corporal seconds.

After the war Joe joined his elder brother who at the time was already a fulltime conman and dice cheater. Joe dreamt about the stockbroker career, but soon he was dragged into the casino cheating adventure. His brother taught him all the tricks of past posting in roulette game. Two brothers actually were doing it well in a range of the casinos in Cuba, Las Vegas, and Puerto Rico.

Joe managed to marry on of the casino dancers who became the claimer in their team giving the signals in the process of dancing. However, during one of the tricks Joe and his team was spotted by one of the Hollywood producers who was at the playing table just in the middle of one of the dancer's most patented "Marilyn Monroe number". At that moment Joe was past posting over the roulette table. Joe's move underneath the dolly defining the winning number was impressive, indeed. In addition, the producer invited Joe's wife to the audition of the movie. Later she married this very producer and became famous due to series participation and became real movie star.

Later on Joe and his brother Henry set another cheating casino operation together with Jerry Palmer and Duke Swenson who were also in the Cheaters Hall.

Joe Classon managed to run the most skillful and world's best cheating operations in blackjack, craps, roulette, as well. His roulette past posting team was one of the best from 1969 till his retirement in 1989. By the way his team was joined by Richard Marcus in 1977.