The way he worked 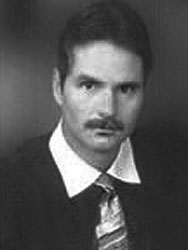 Dustin had his own agent coming to the blackjack table and playing either with 25 dollar or 100 dollar chips at the table to the dealer's immediate left side known as the first base in which he would be the very first gamer to be dealt and for sure receive the first playing card off the new deal.

The higher denomination chips would possibly bring too very much heat from the supervisors in Dustin's floor that never participated in his scams. Actually he did not need them at all. Indeed, he was so impressive that could perform the manipulation with his deck just under the eyes of his superior. In such a case his agents could possibly bet from 25 dollars to 500. After the sweeping off the cards that were played from the prior round, Dustin Marks managed to look very subtly and fast at the card that was the top one in the deck by means of it gentle pressuring with his thumb. Then he was squeezing and that allowed to bubble up for the particular card lightly, reveling the corner of the card's pip to him.

For example, if that card turned out to be ten or ace, Dustin managed to signal his agent for the higher bet. It is widely accepted that first card gave the player a significant advantage over the casino with the advanced knowledge of which card would be received by the player. In the other variants of situation, Dustin marks simply used his top card knowledge of the deck to define whether he would deal or not in the key situations, which could either make a hand of the accomplice busted his own over 21 or good winning hand.

The significance of the cheater

Dustin Markus resorted to such technics many times and made money cheating in the casinos he was working and dealing at. The most significant is the fact that he was never caught. In addition, like Richard Markus, he and his scams are just known by the casino authorities.